International call to mobilize against the G20 and the IMF

For the political, environmental, cultural and economic sovereignty of our peoples and our bodies

As organizations, processes and international, national and local movements
of workers, farmers, indigenous peoples, afrodescendants, feminists, retirees, migrants, students, defenders of human rights, the rights of the environment, the commons and climate justice, the rights of children and of gender, among others; fighting from diverse expressions of organization and struggle against the advancement of capital over our lives, bodies and territories, we call on the peoples and movements of the world to mobilize in Argentina and all other countries on November 30th, 2018 and to join the Week of Action from November 25th to December 1st against the G20, the IMF and its agenda of domination.

The G20 Summit will be held in November 30th and December 1st in South America, during which the Heads of State of member countries and organizations will discuss topics of enormous importance, including the state of the world economy, the future of work and food as well as the infrastructure for development.

Knowing that this type of enclaves will determine new forms of exploitation in each of the living spaces of our peoples, we repudiate the organization of this Summit, which reaffirms the brutal retrocession imposed by the government of Mauricio Macri in our country and which intends to extend to the whole region and the rest of the world. Today, Argentina represents a concentrated laboratory of liberalization, debt and privatization policies promoted by the G20 together with the International Monetary Fund, the World Bank, the Inter-American Development Bank and others, which have mortgaged the future of our country and condemned millions of people, workers and their families to a situation of exclusion and misery.

We believe that this G20 summit, which brings together the most powerful countries in the world with other so-called «developing» ones, without greater legitimacy than the one they claim is based on their size and power, will serve as a new platform to promote public policies impeding the progress made internationally in the areas of human rights, peace, the sovereignty of peoples as well as environmental and labor rights, among others. The onslaught that neoliberal capitalism carries out, impoverishing, haunting, excluding and repressing the popular majorities, undermining the possibilities of democratic construction and perpetuating the architecture of impunity at the service of transnational corporatism is consolidated through this forum. This is why it is our duty to express ourselves in a forceful way, expressing our absolute rejection and making visible the urgency and possibility of real alternatives.

We cannot allow the future of our rights to work, to social welfare, to public and free education and health, food sovereignty, our territories and their integrity, to be in the hands of the elites who despise our peoples and profit from the precariousness they submit us through their decisions. It is our future, the new generations of all peoples and life on this planet that is at stakes. This is why we call for mobilizations. We call on all peoples and their organizations, united in diversity, to demonstrate that we do not accept the policies promoted and applied by the G20 and that we will work together from different countries and particularities to self-determine our future and face the impositions of the powerful economic, social and military elites. In the face of the fierce advance that seeks to achieve total control of our lives, our global response must be forceful and protected by the right to protest that we know has been silenced and repressed in order to deny the legitimate expression of our resistance.

For a world without the domination of transnational corporatism and its model of trade liberalization and debt, for the respect of the rights of peoples and nature and the possibility of building democratic alternatives based on our sovereignty and integration, we call to participate in a great Week of Action from 25/11 to 1/12 and to mobilize in Argentina and all around the world on November 30th against the G20 and the IMF. 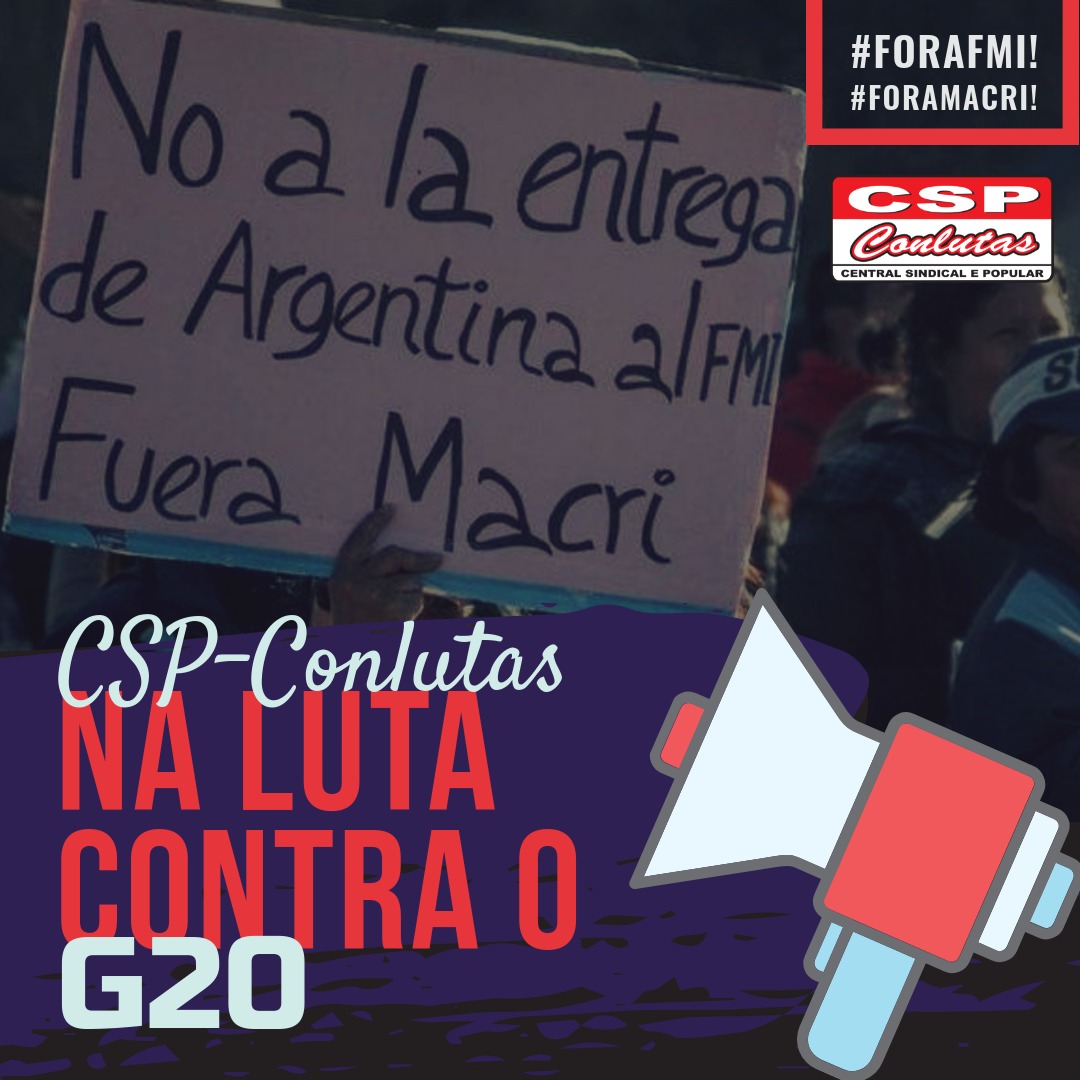 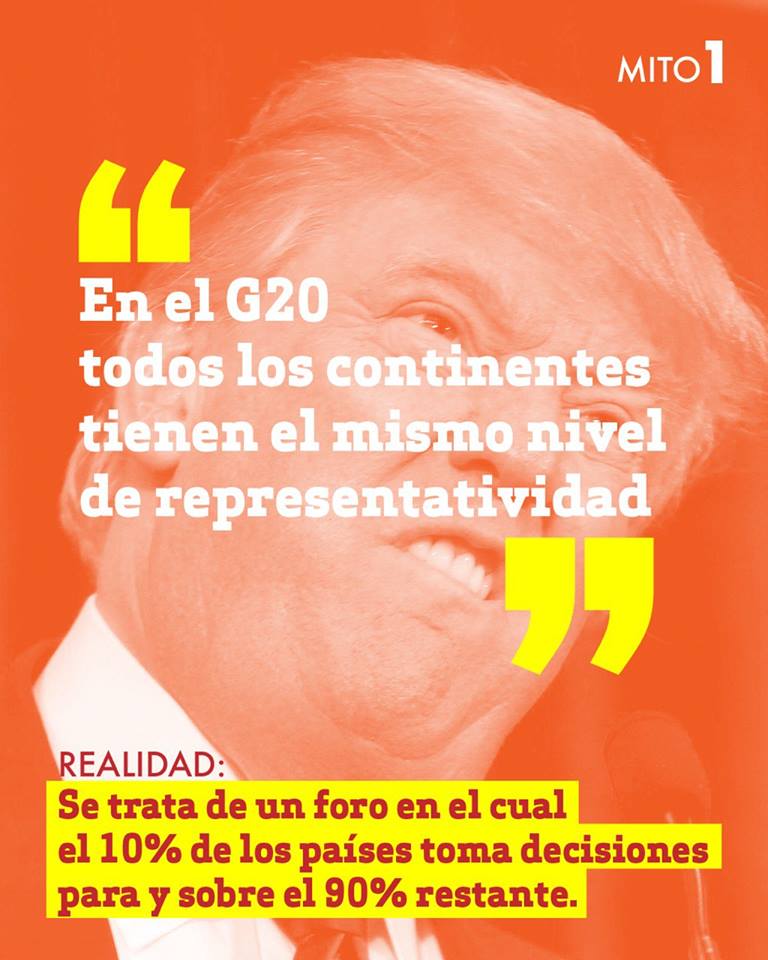 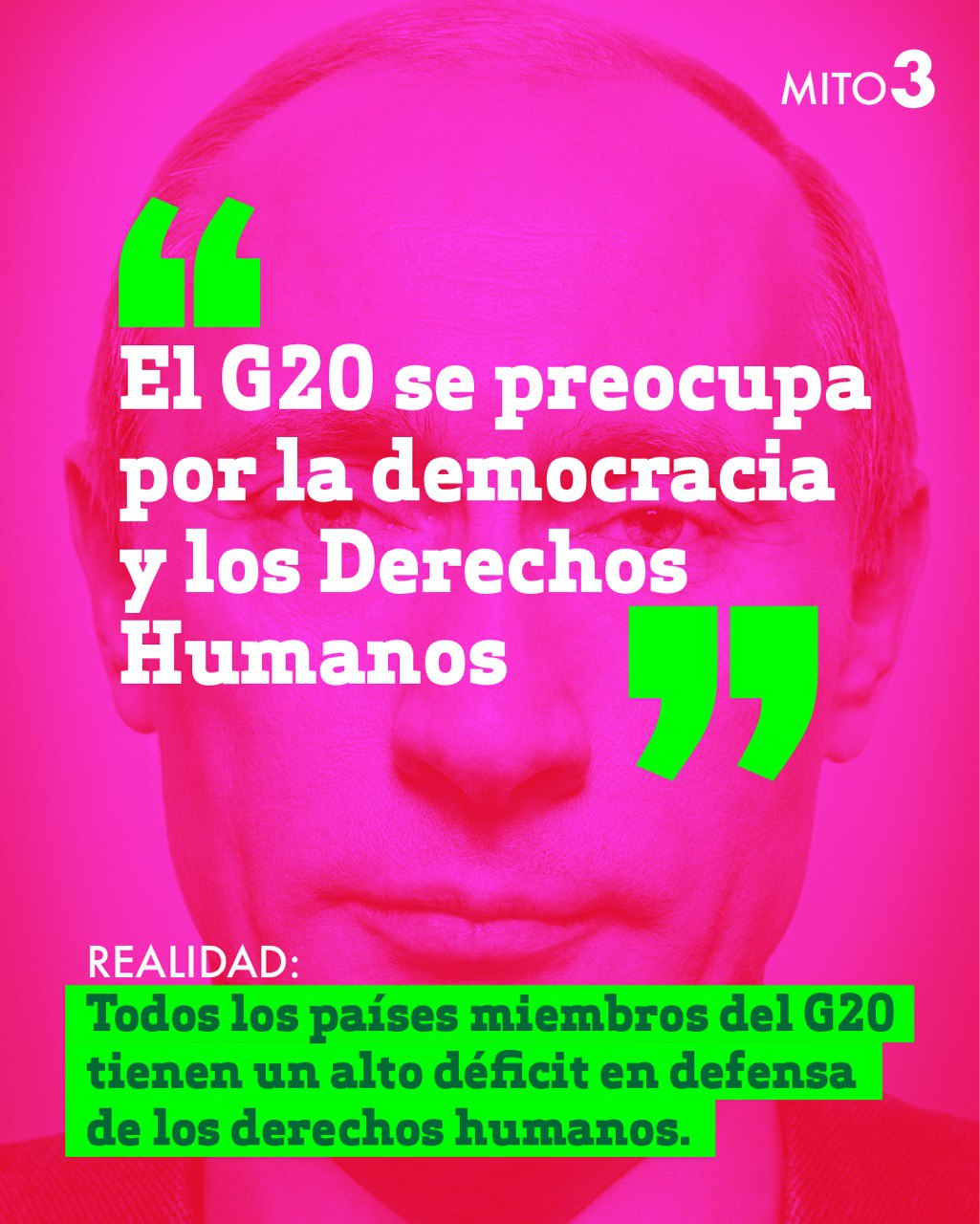 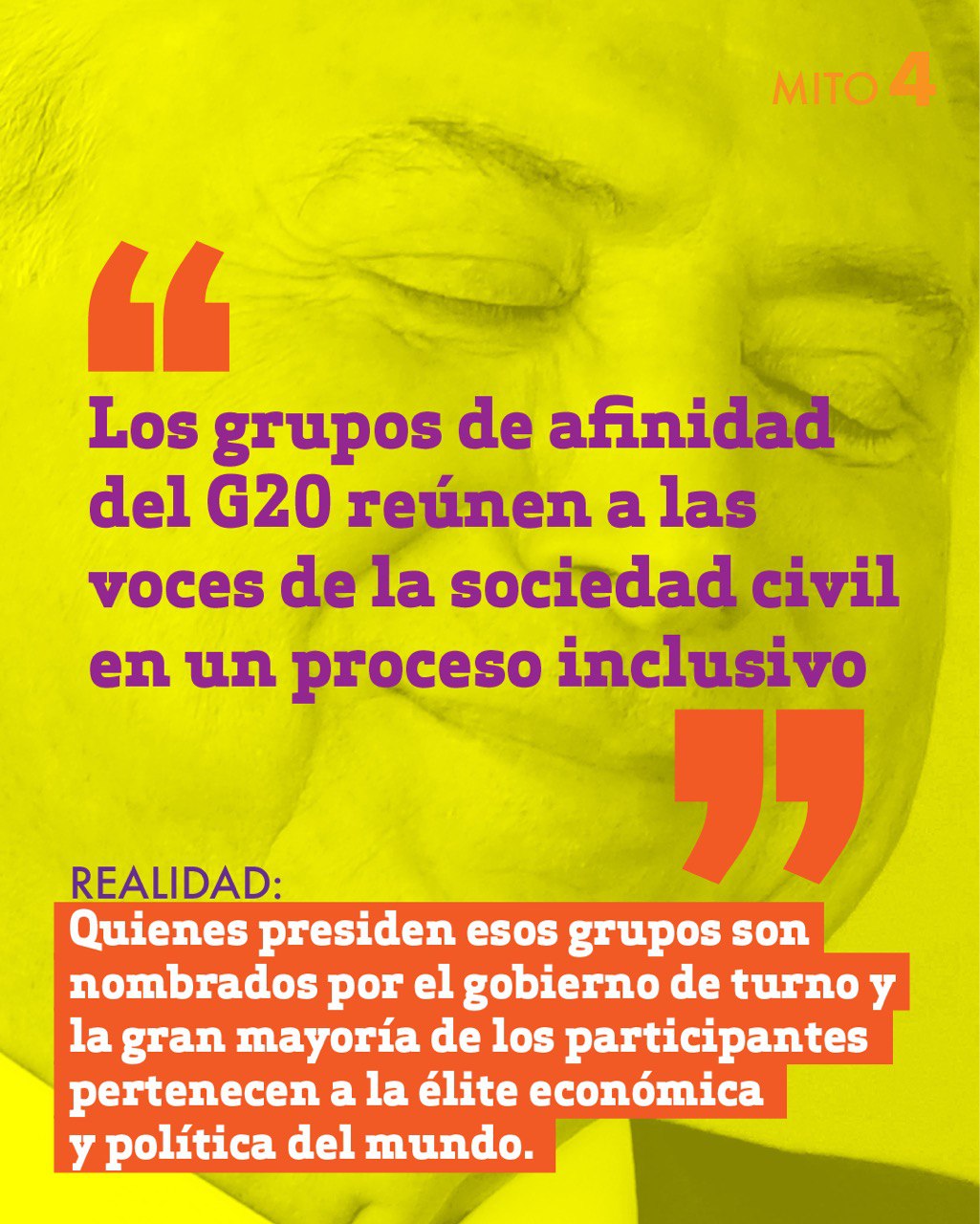 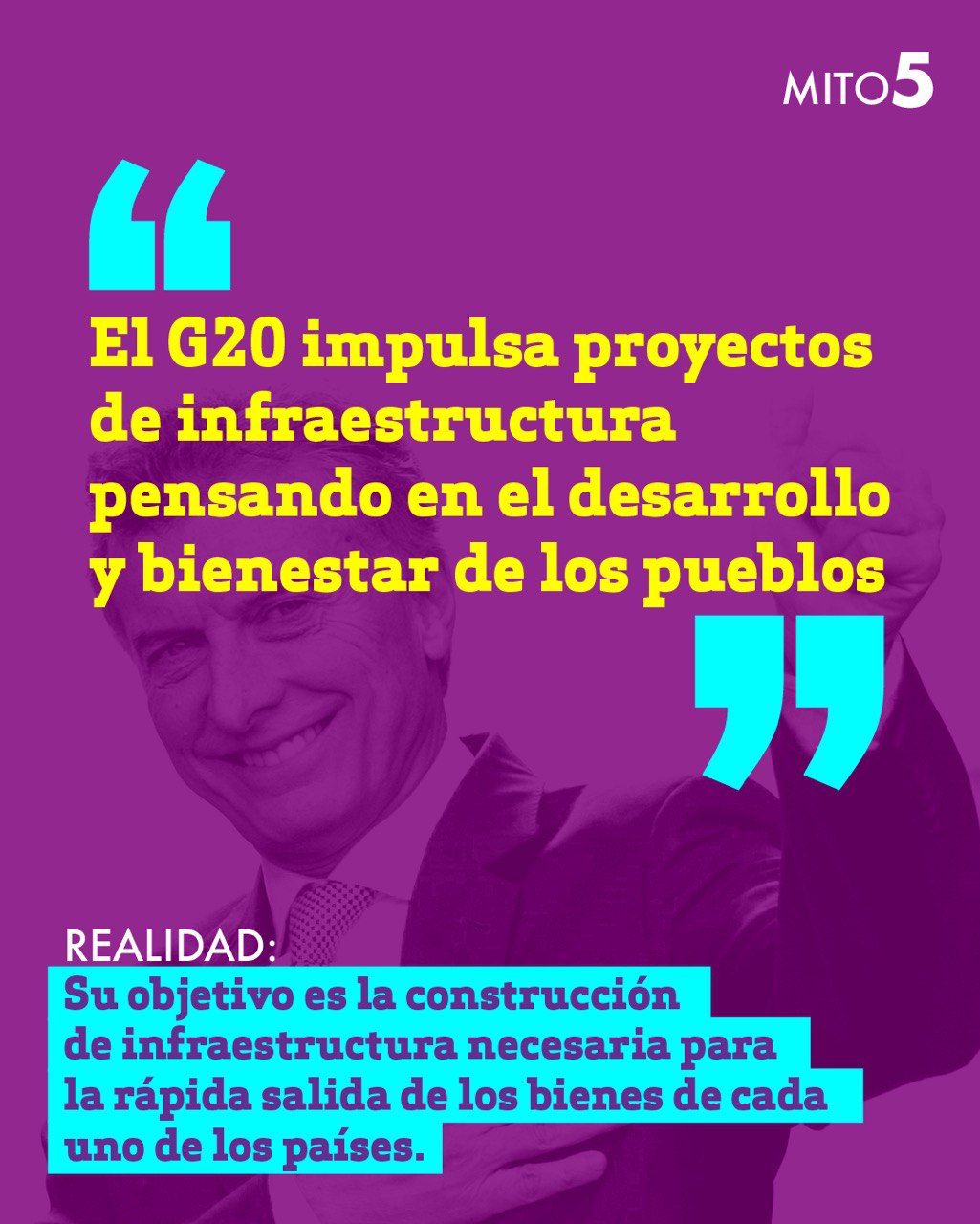 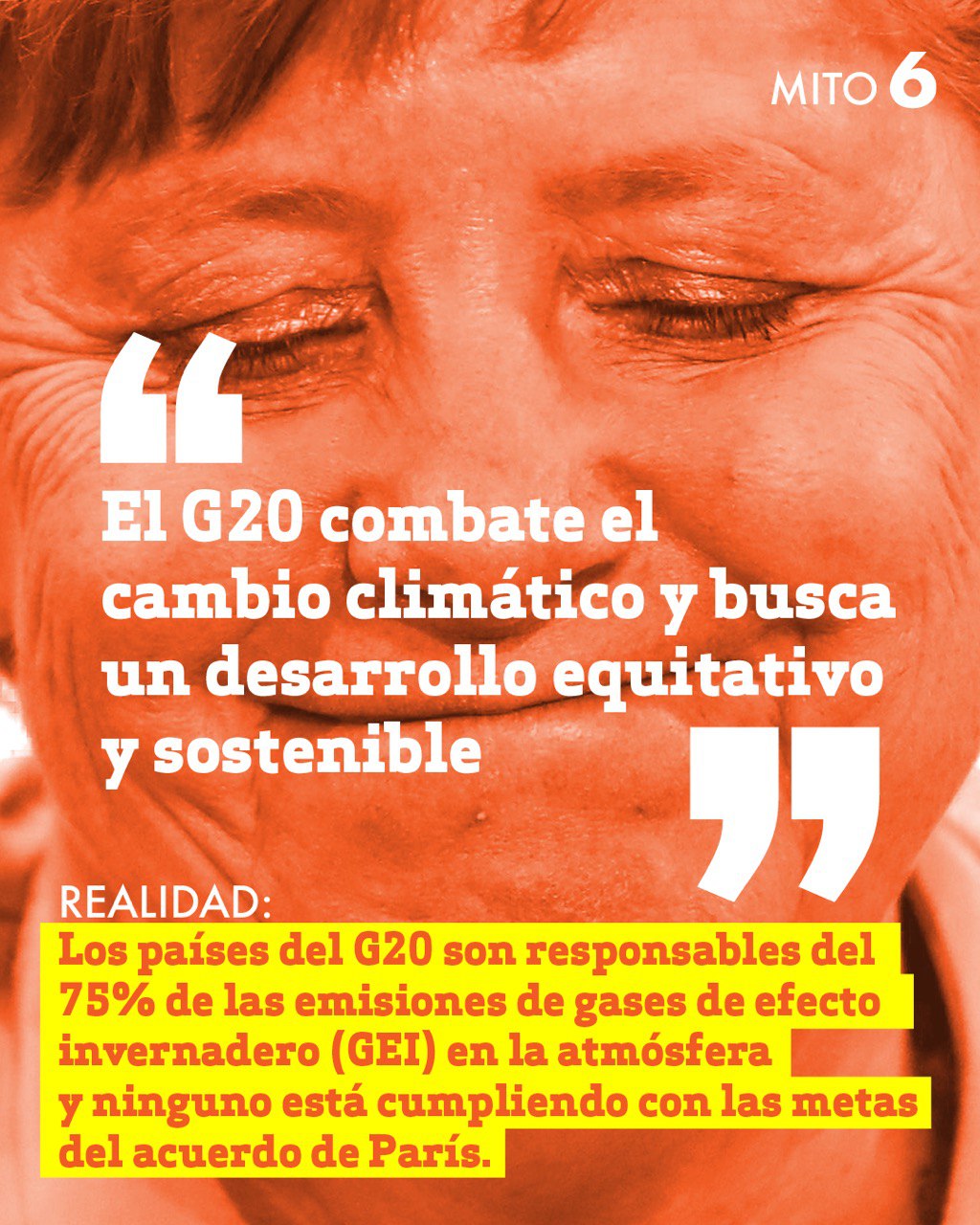 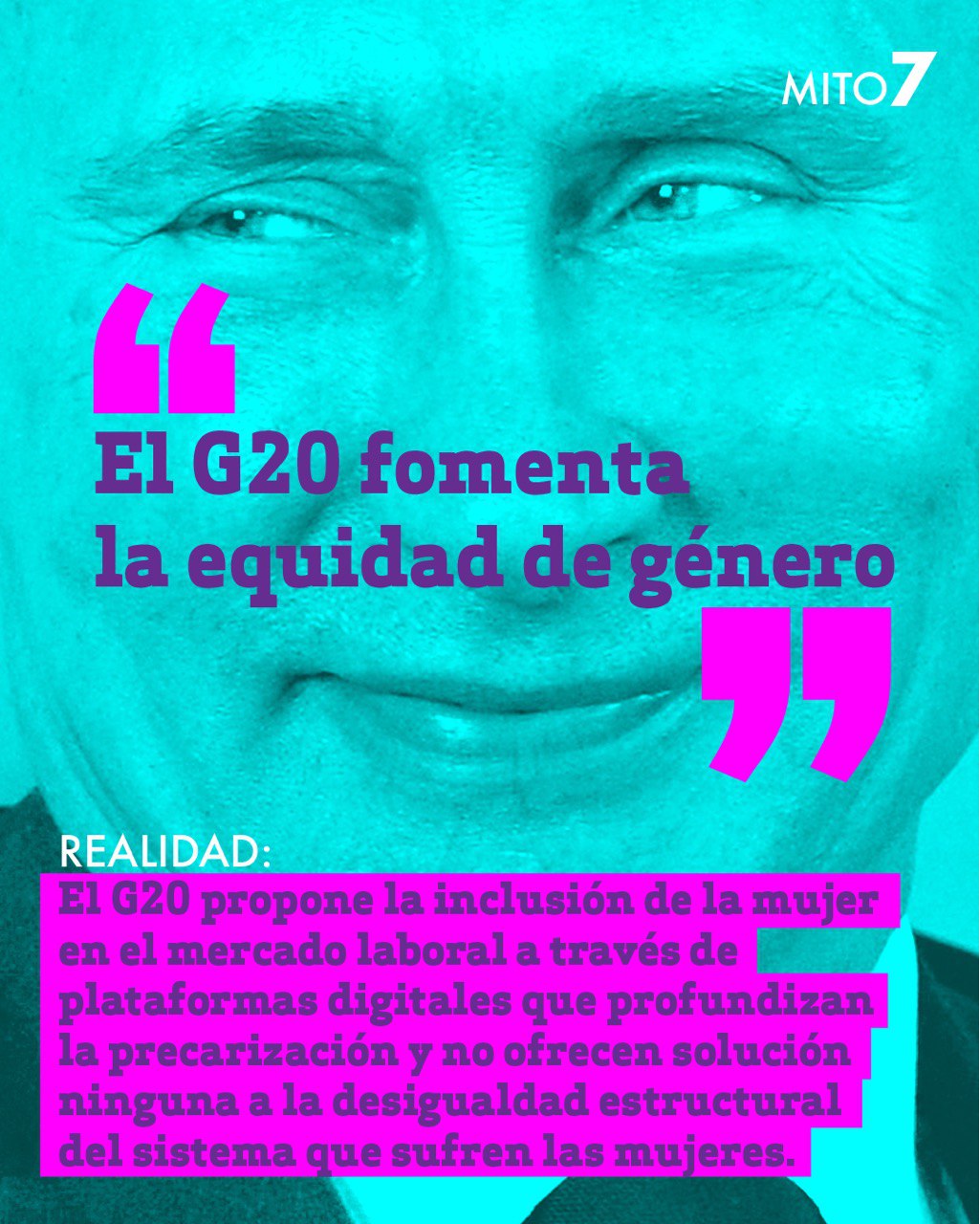 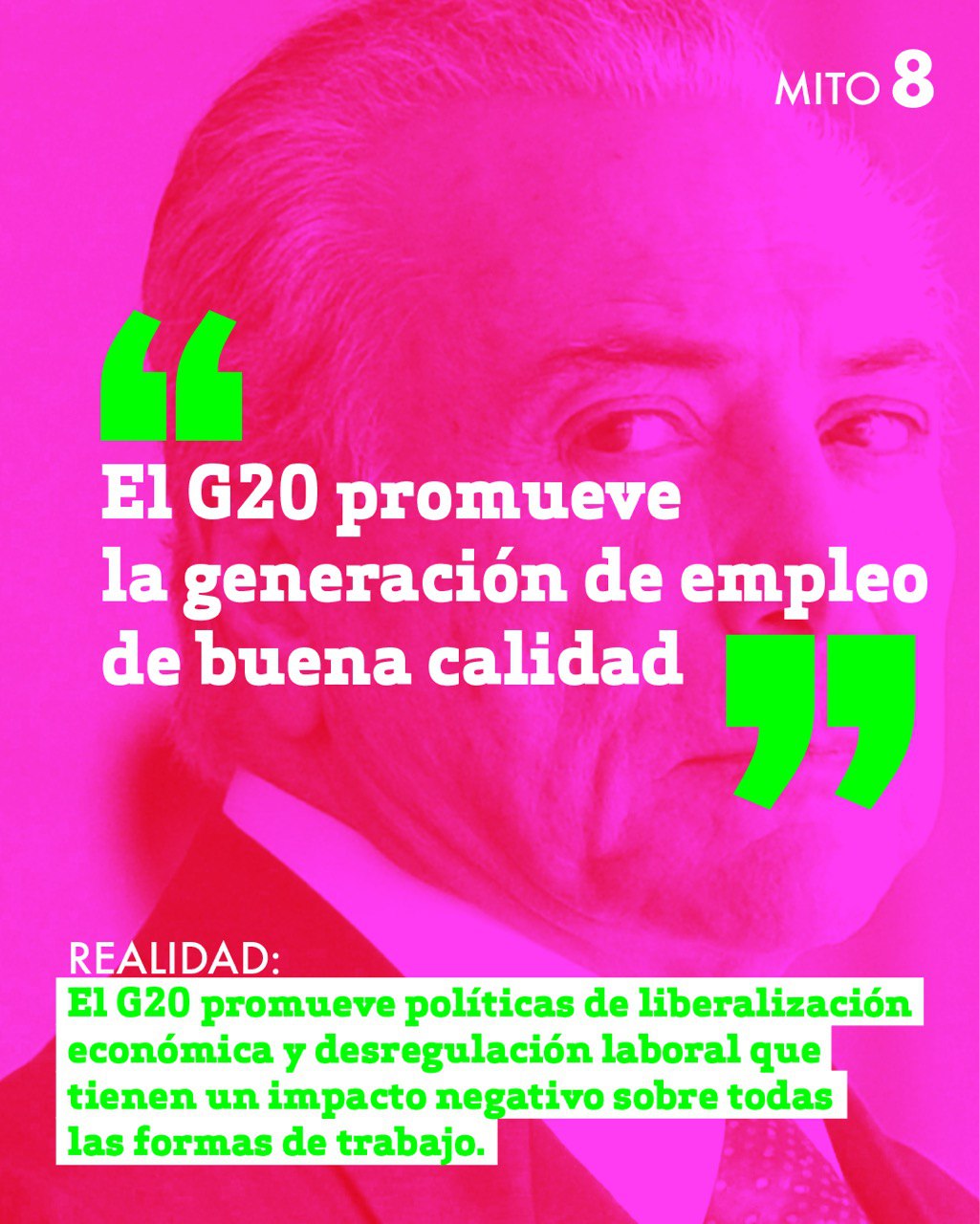 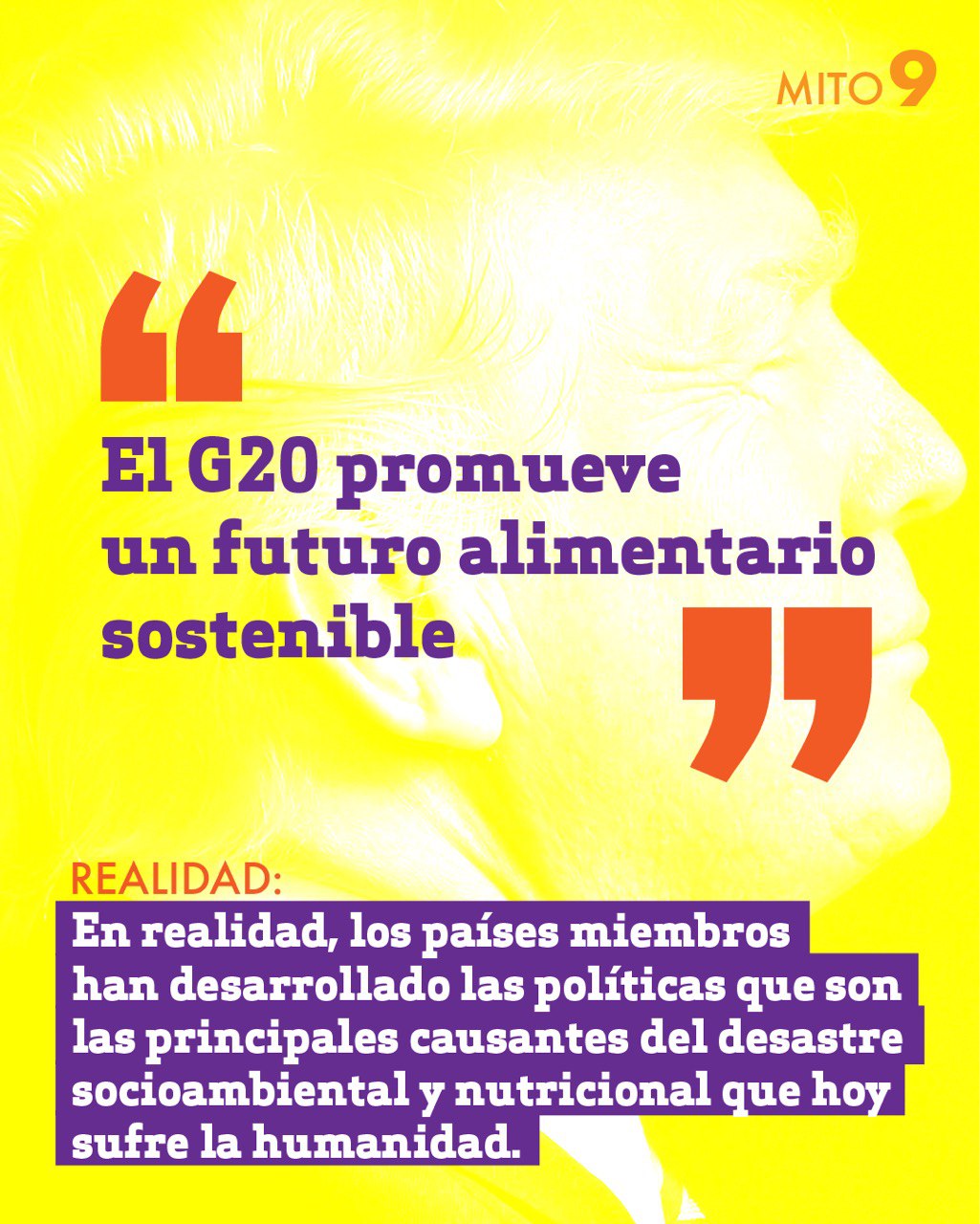 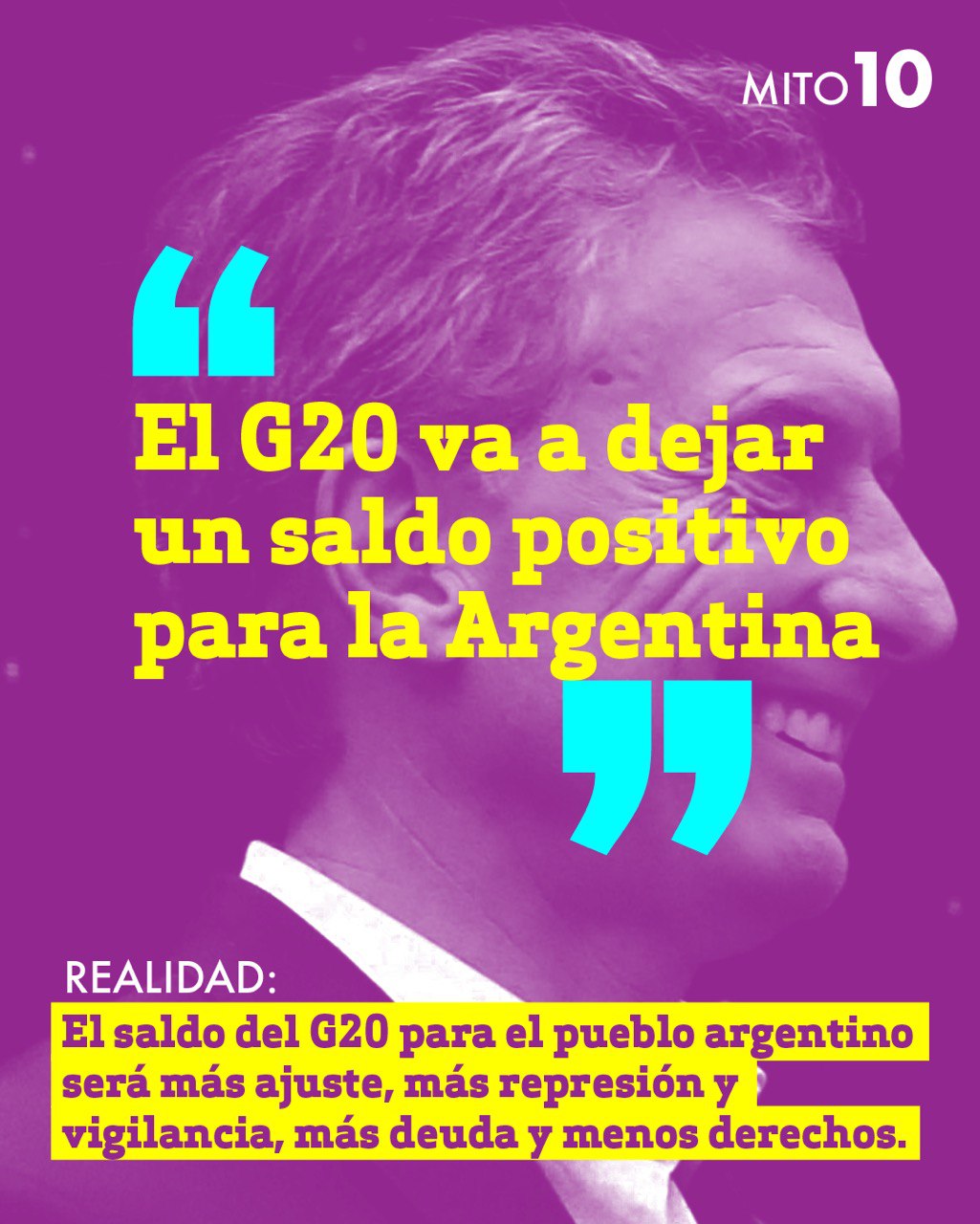 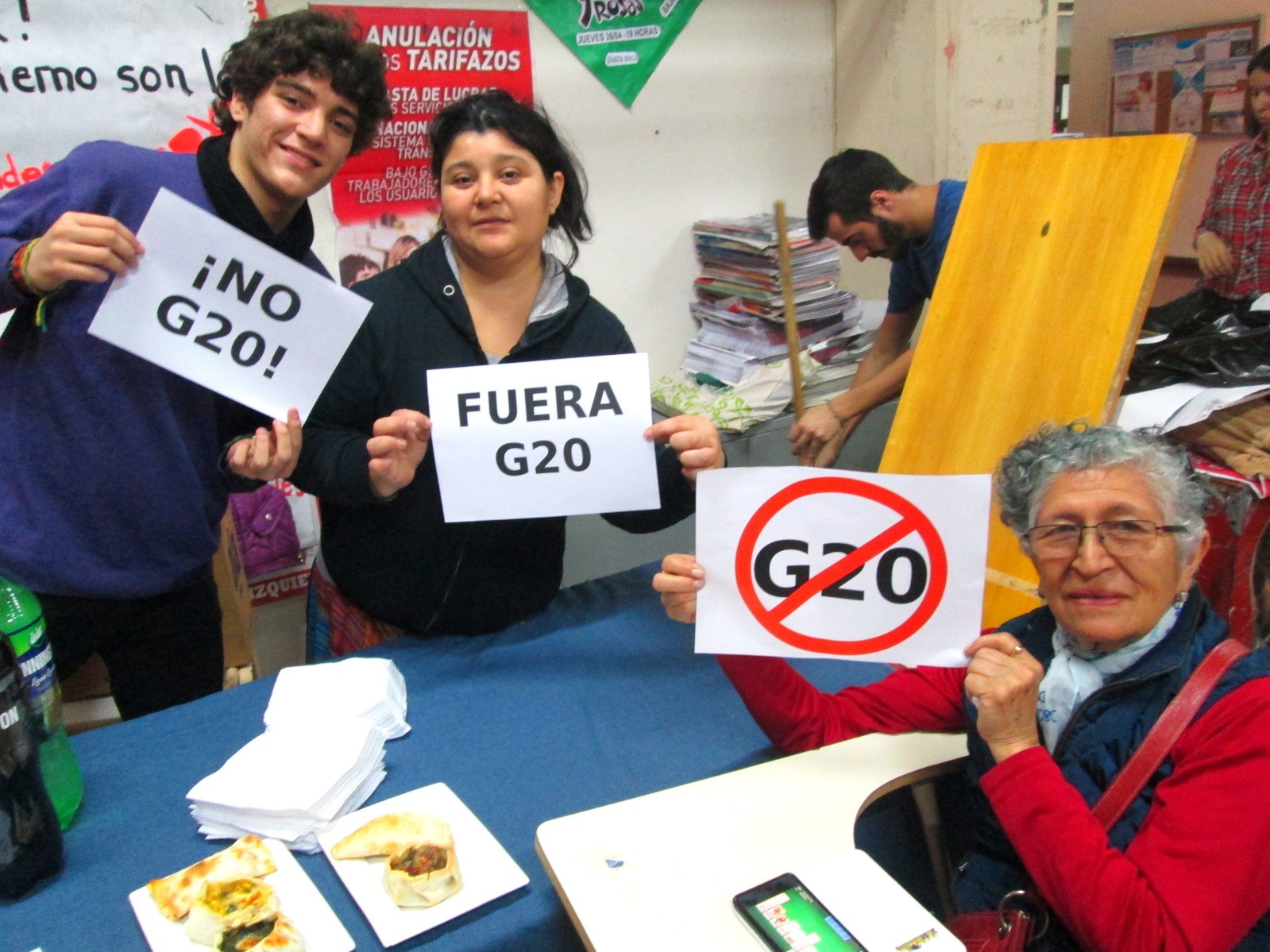 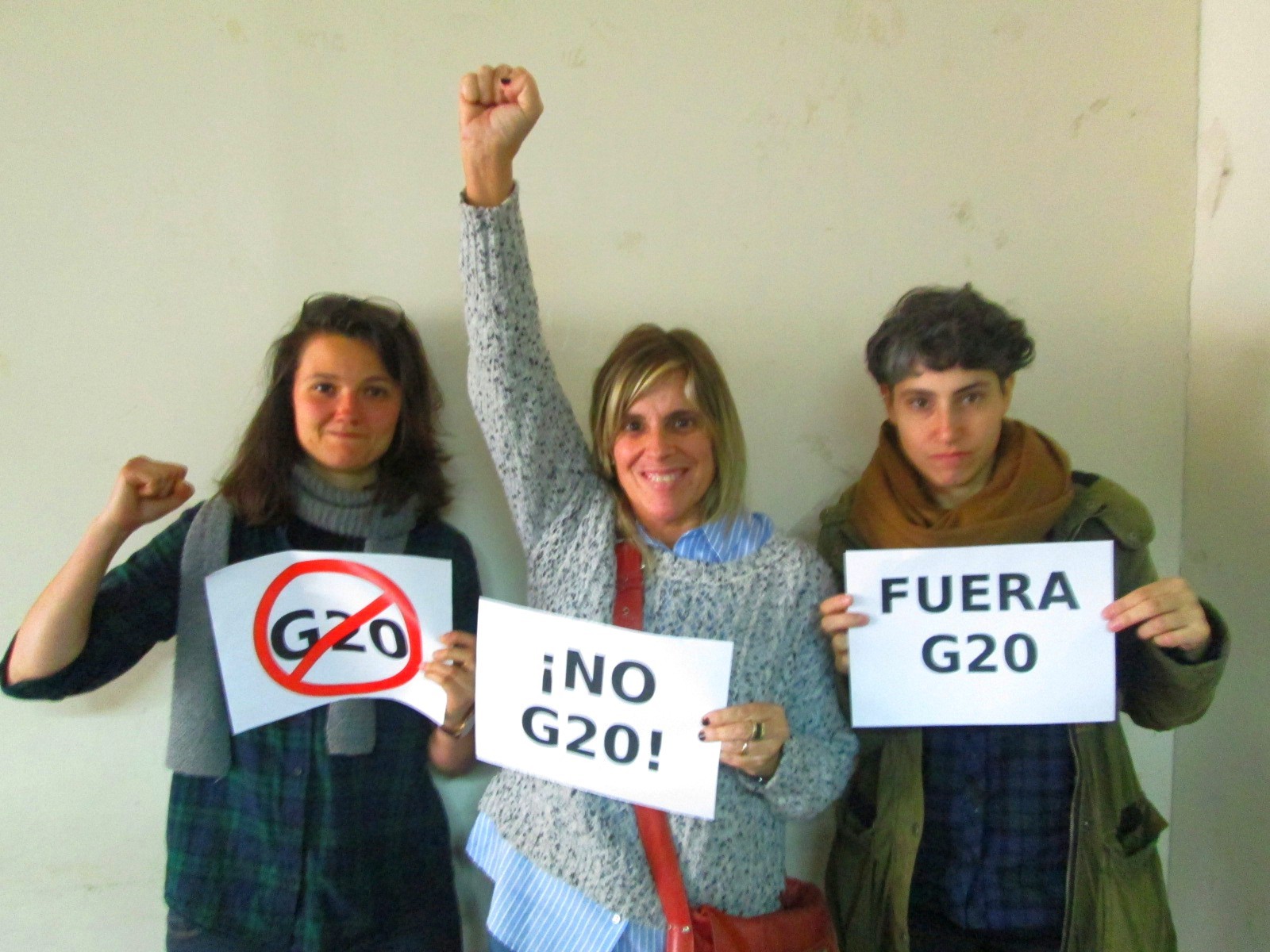 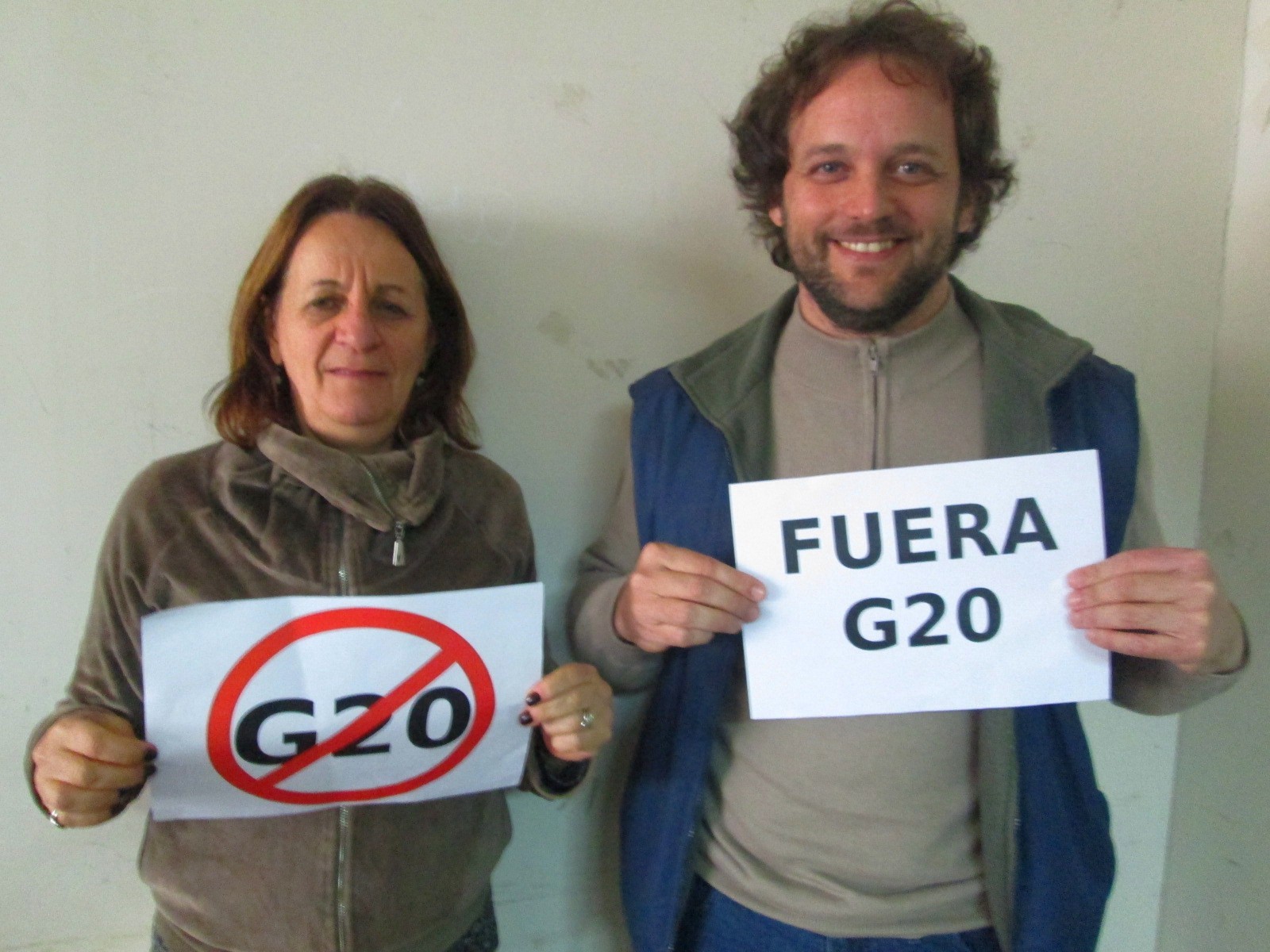 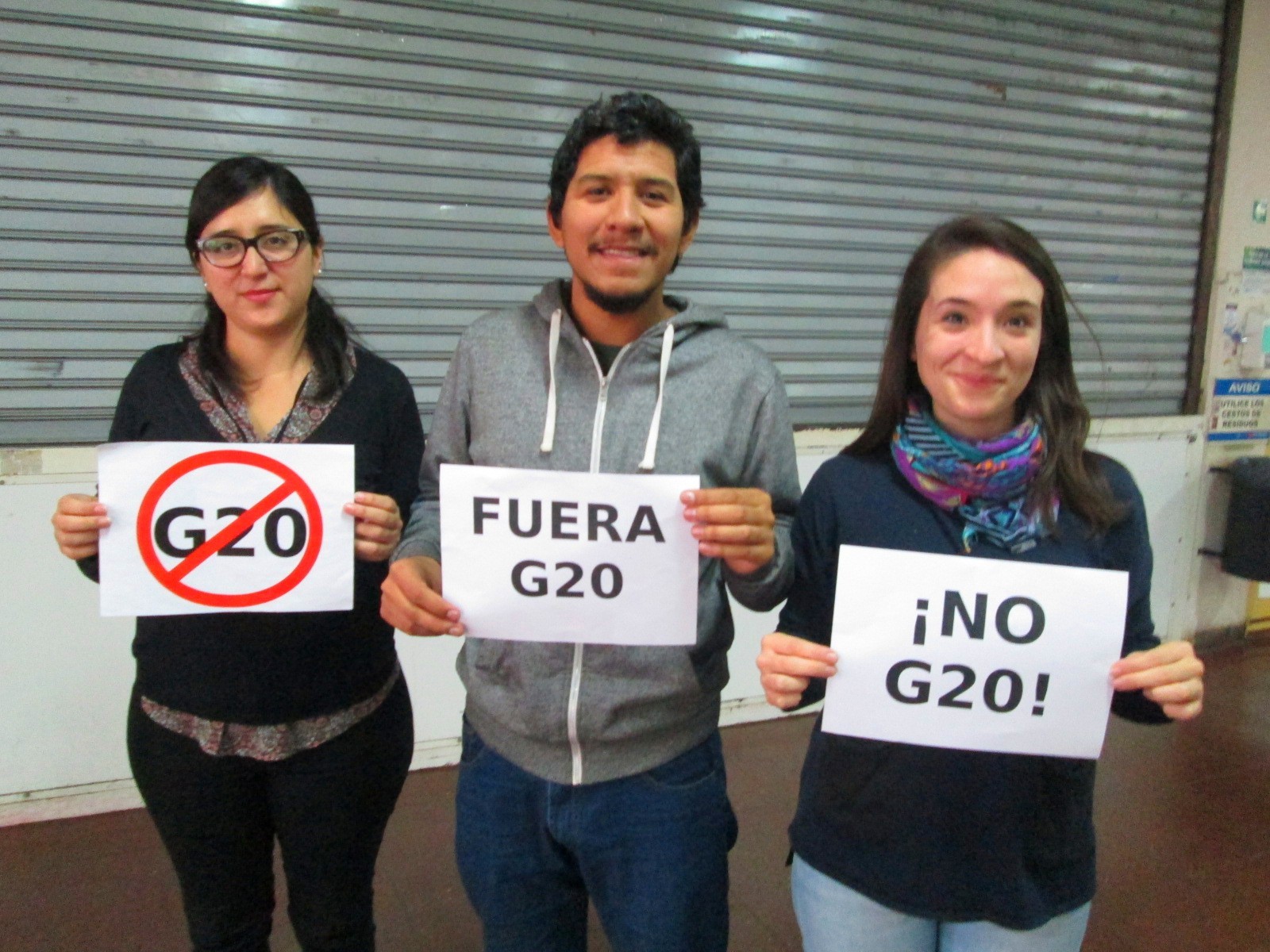 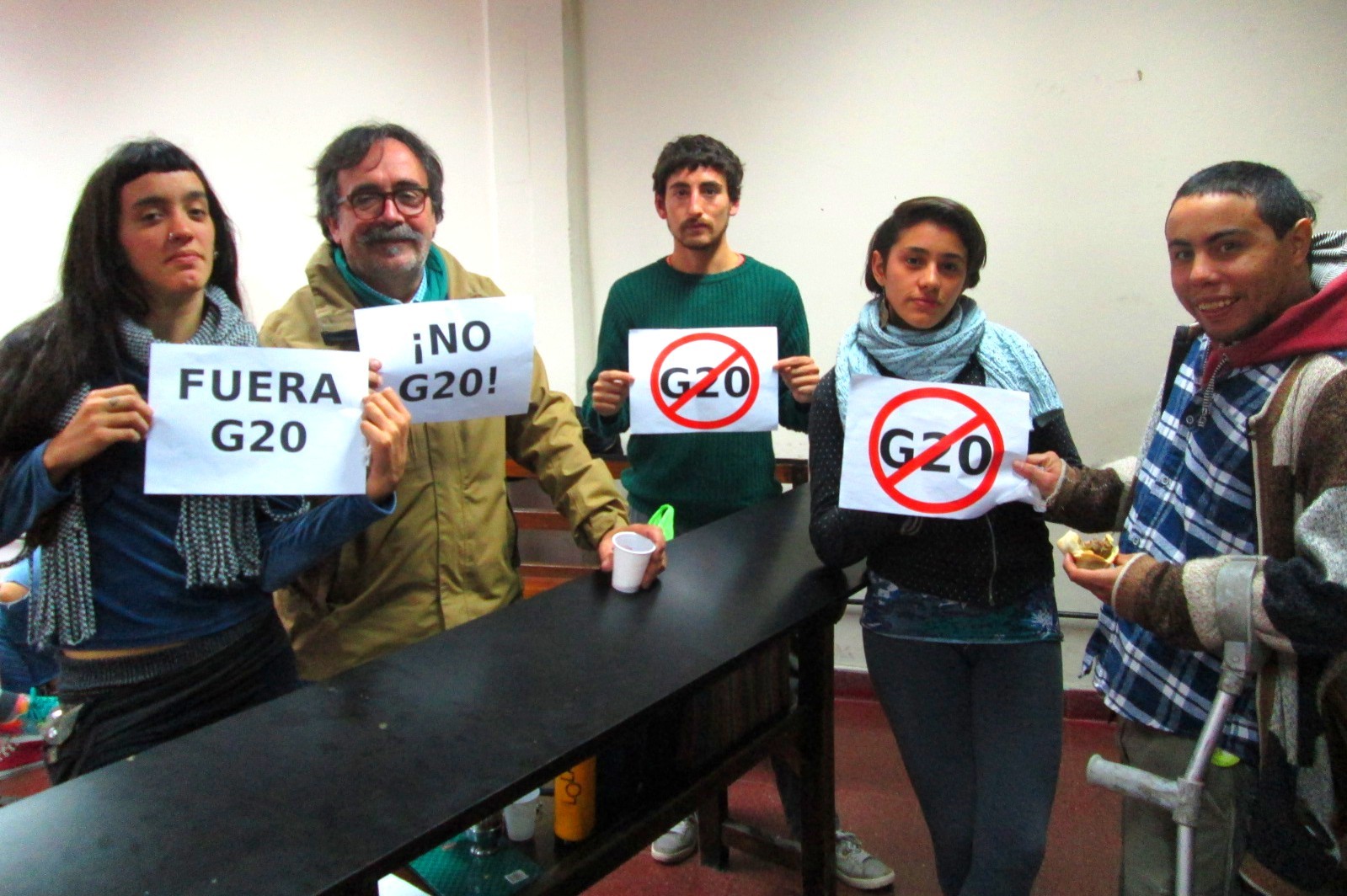 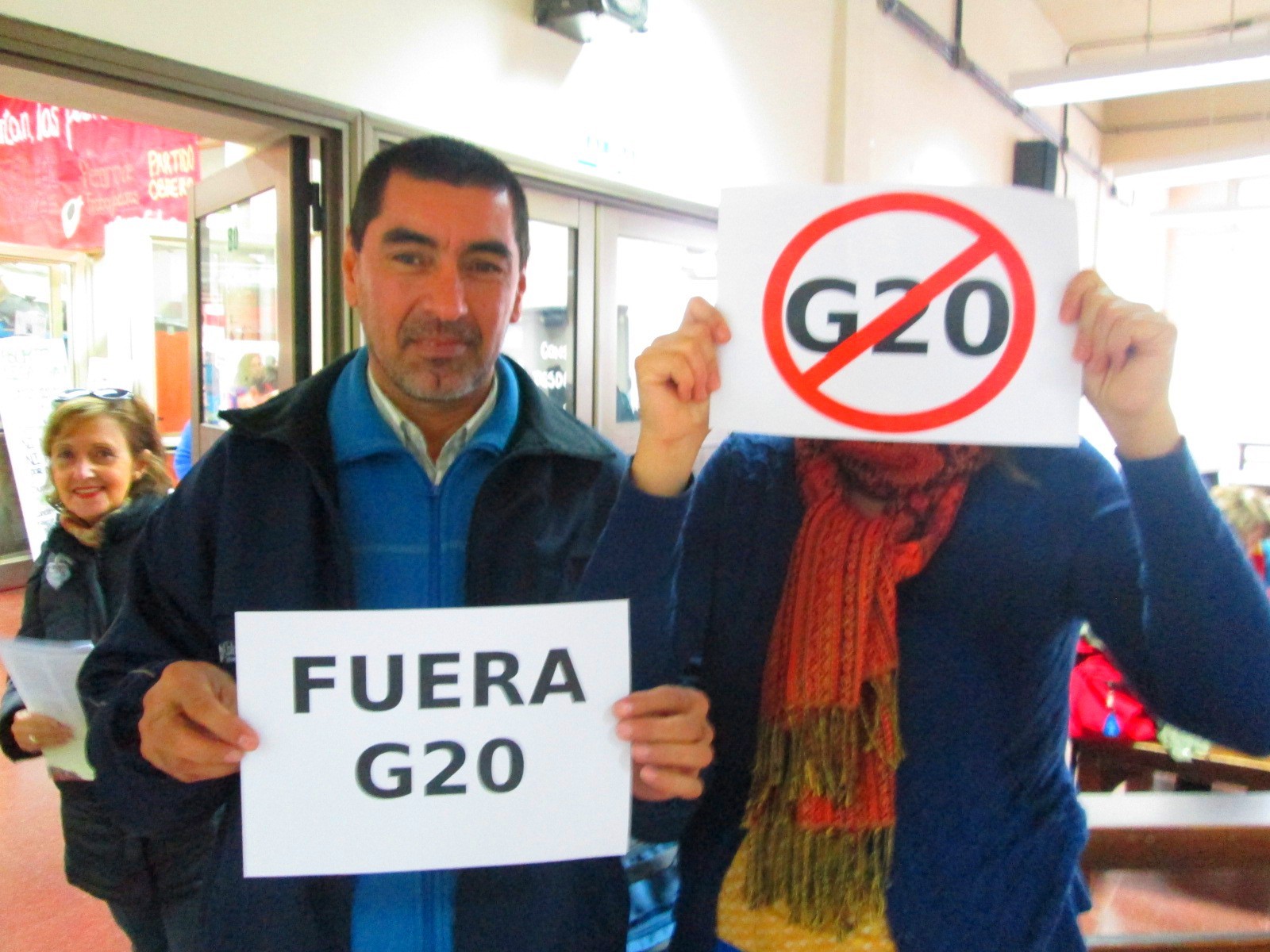 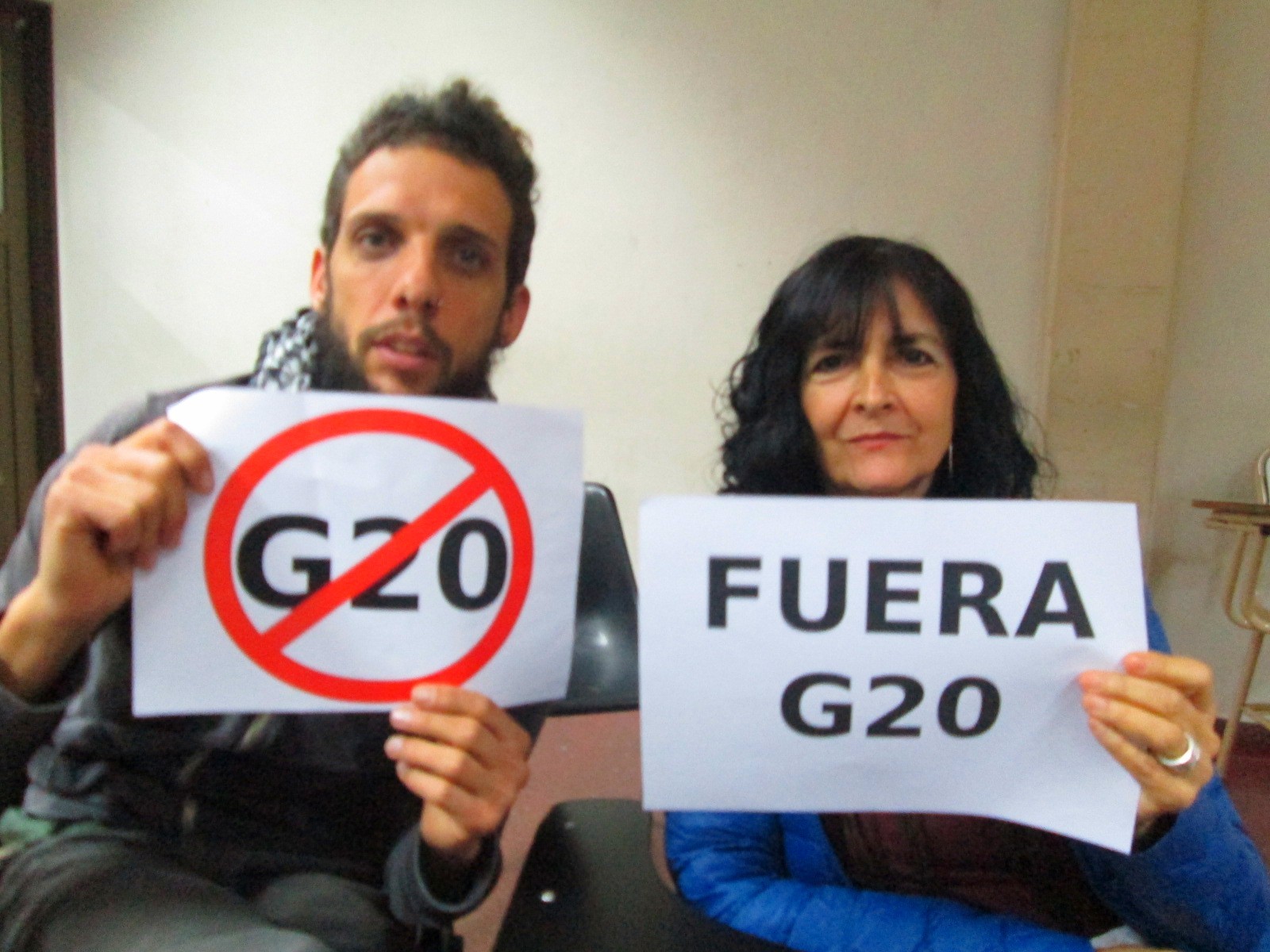 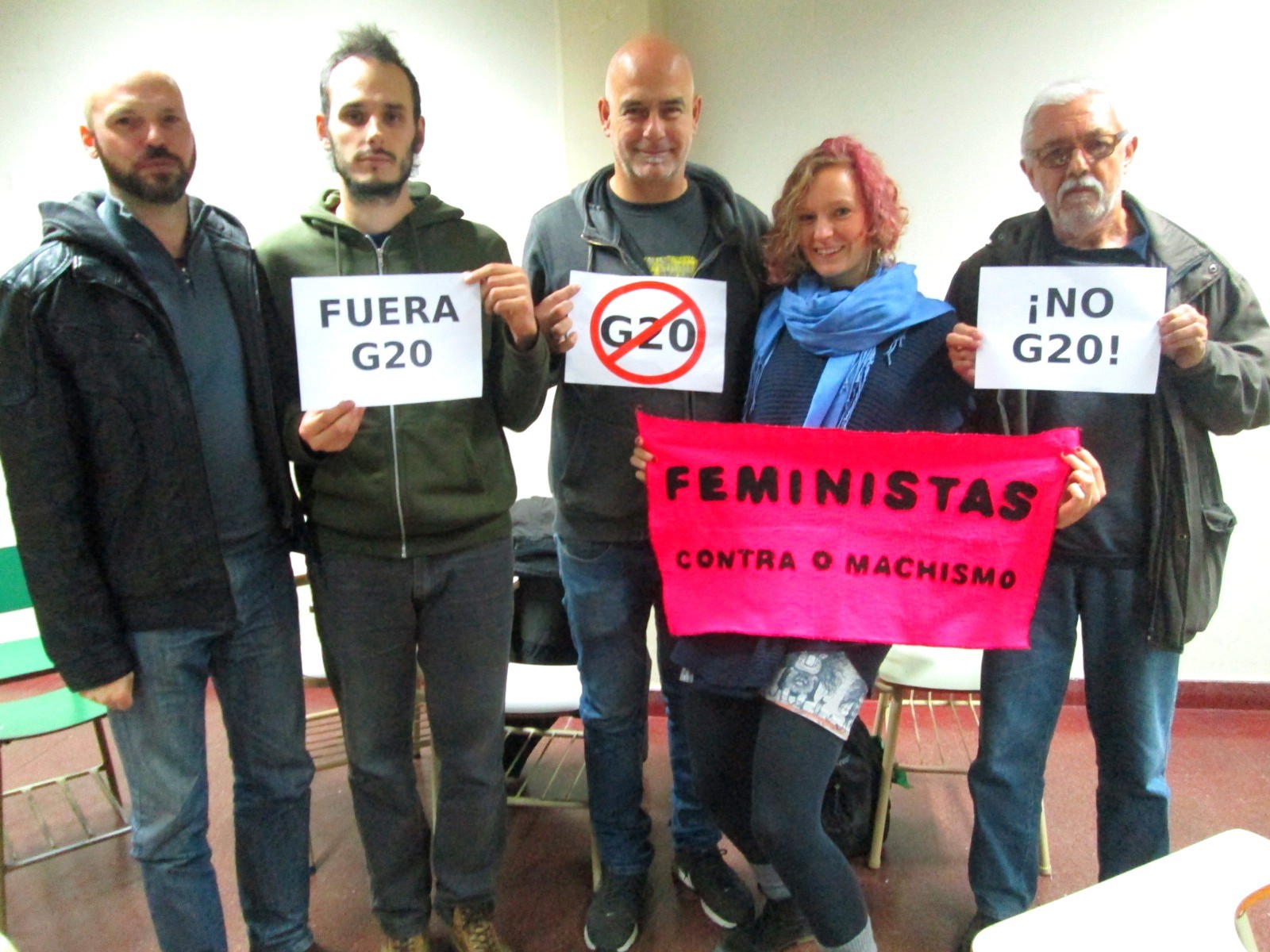 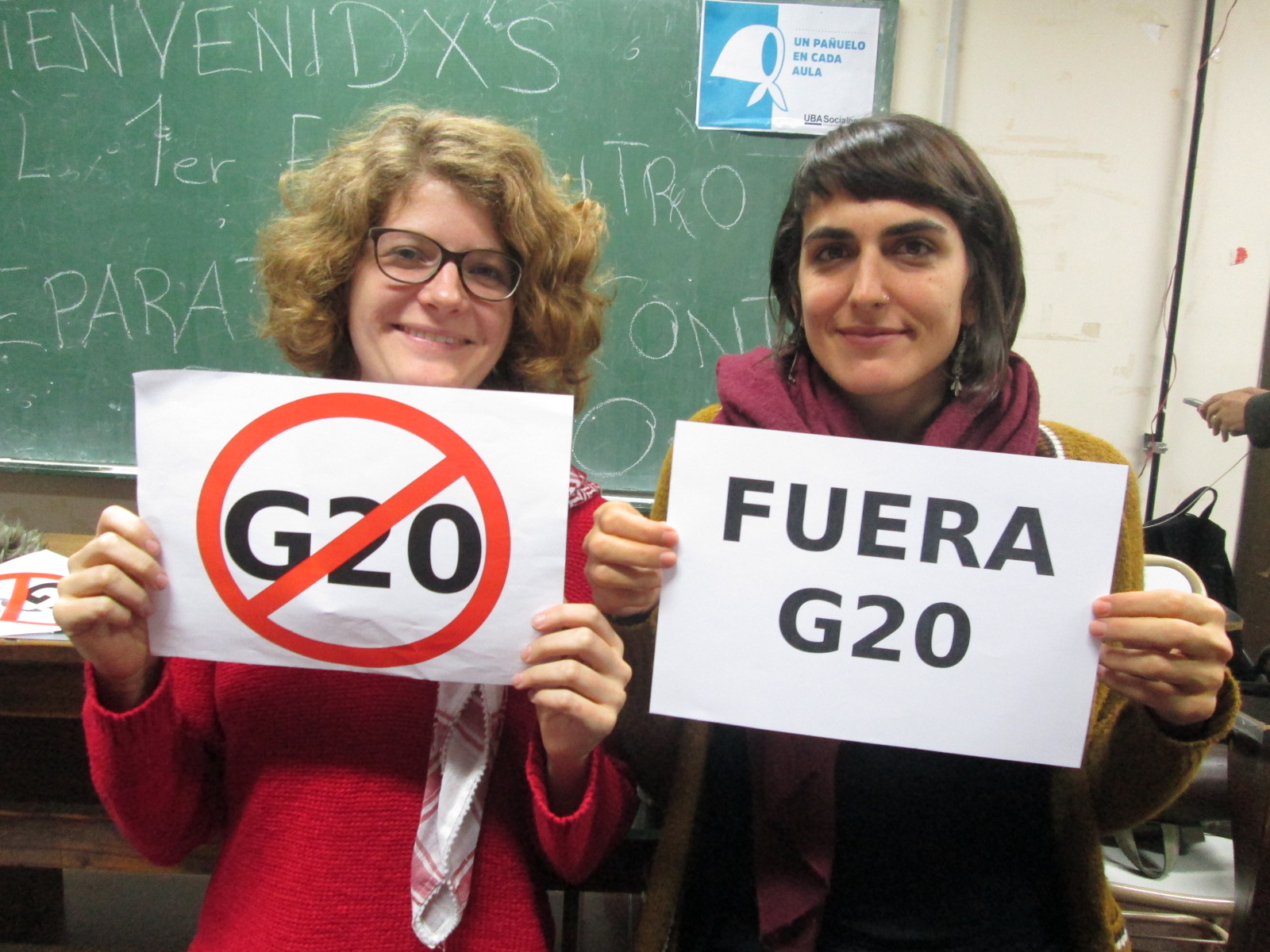 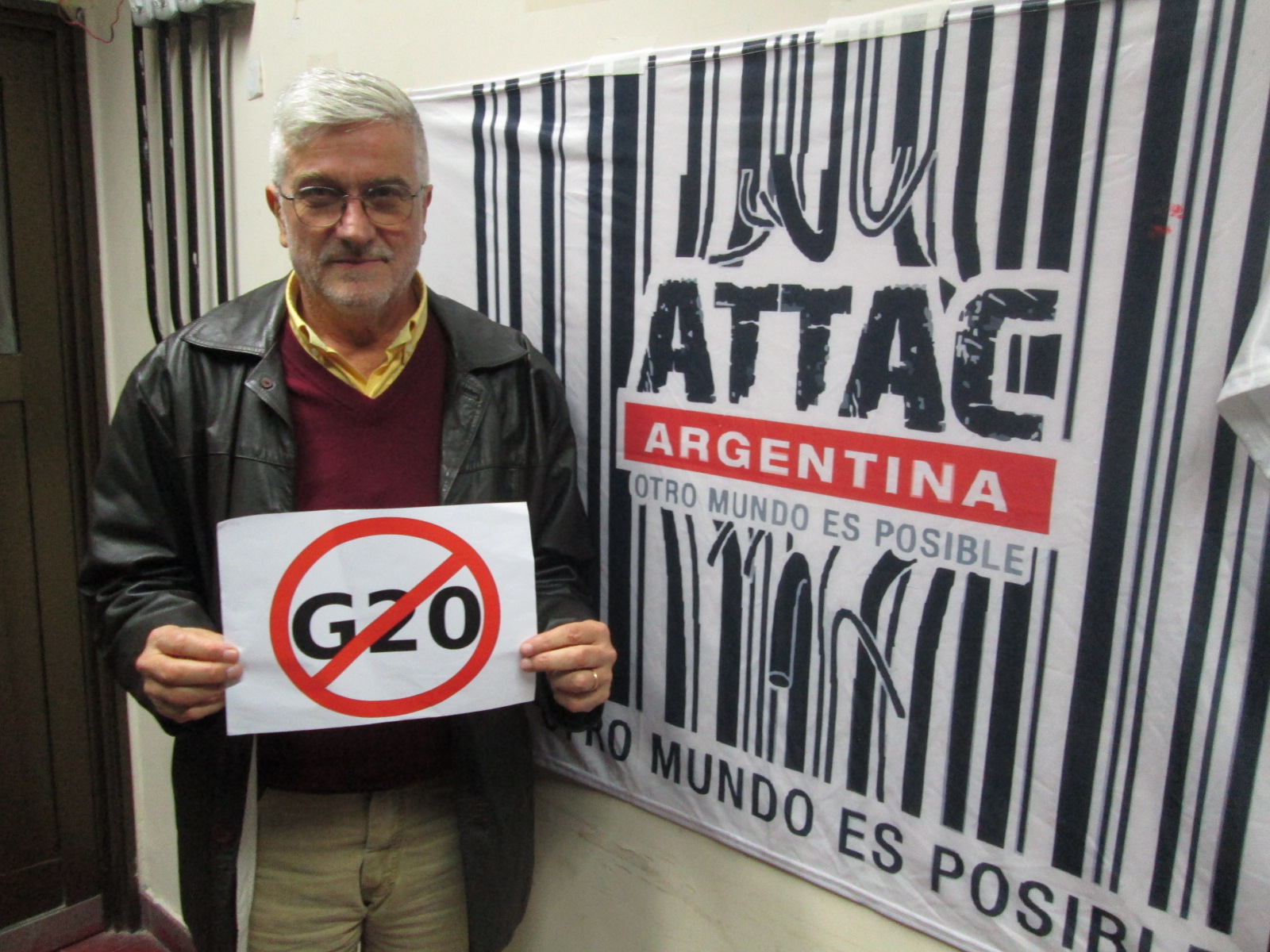 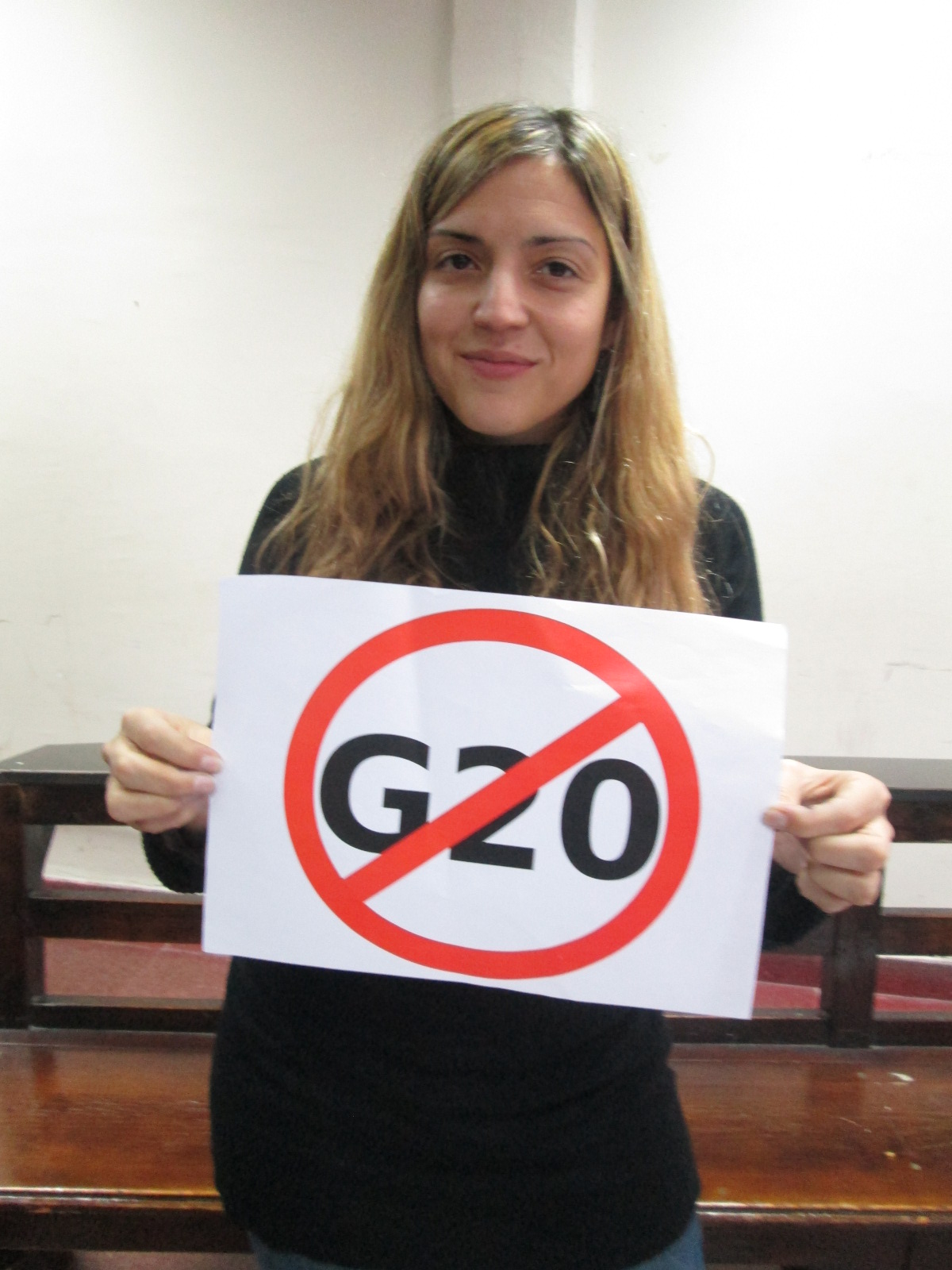 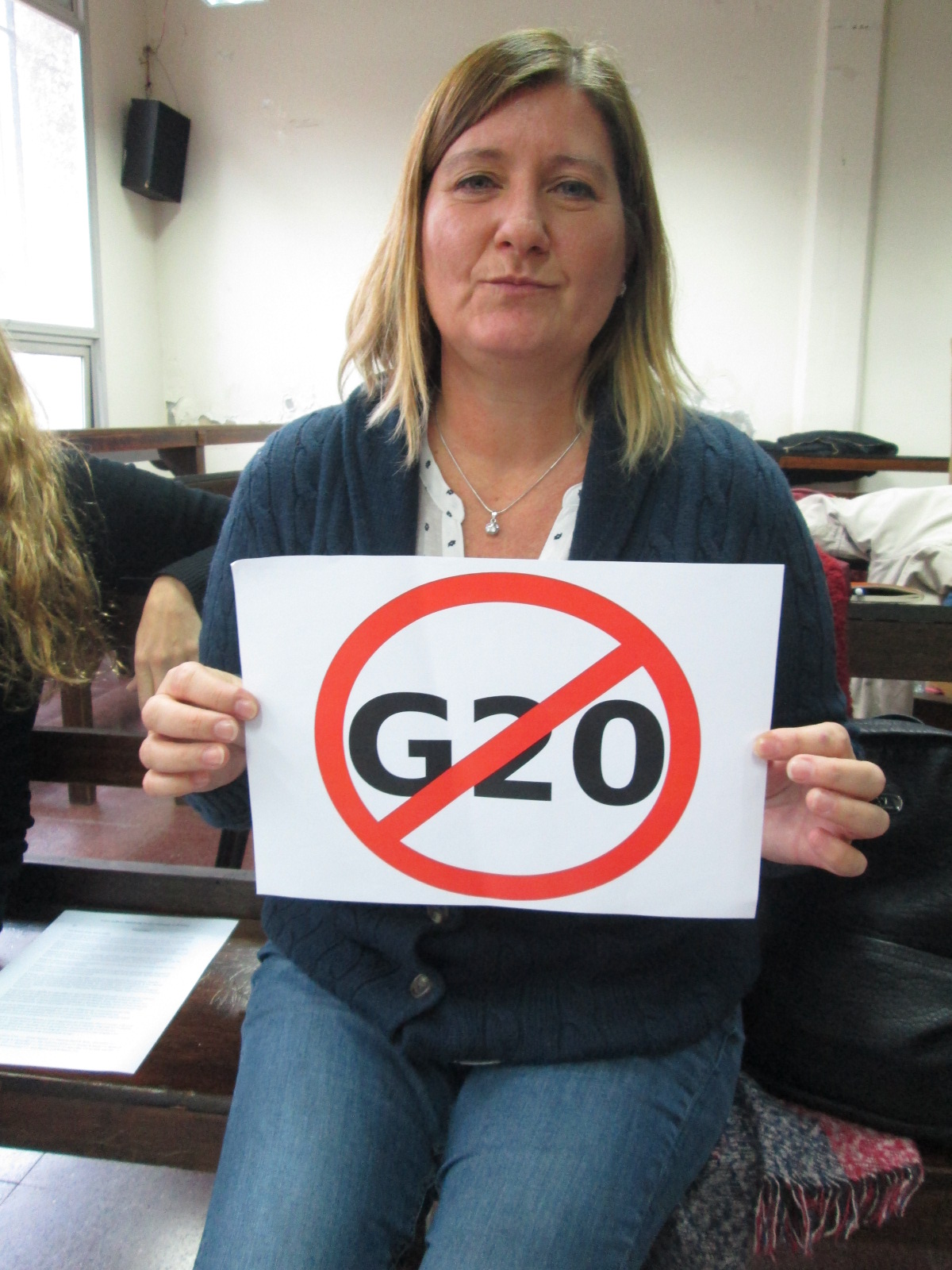 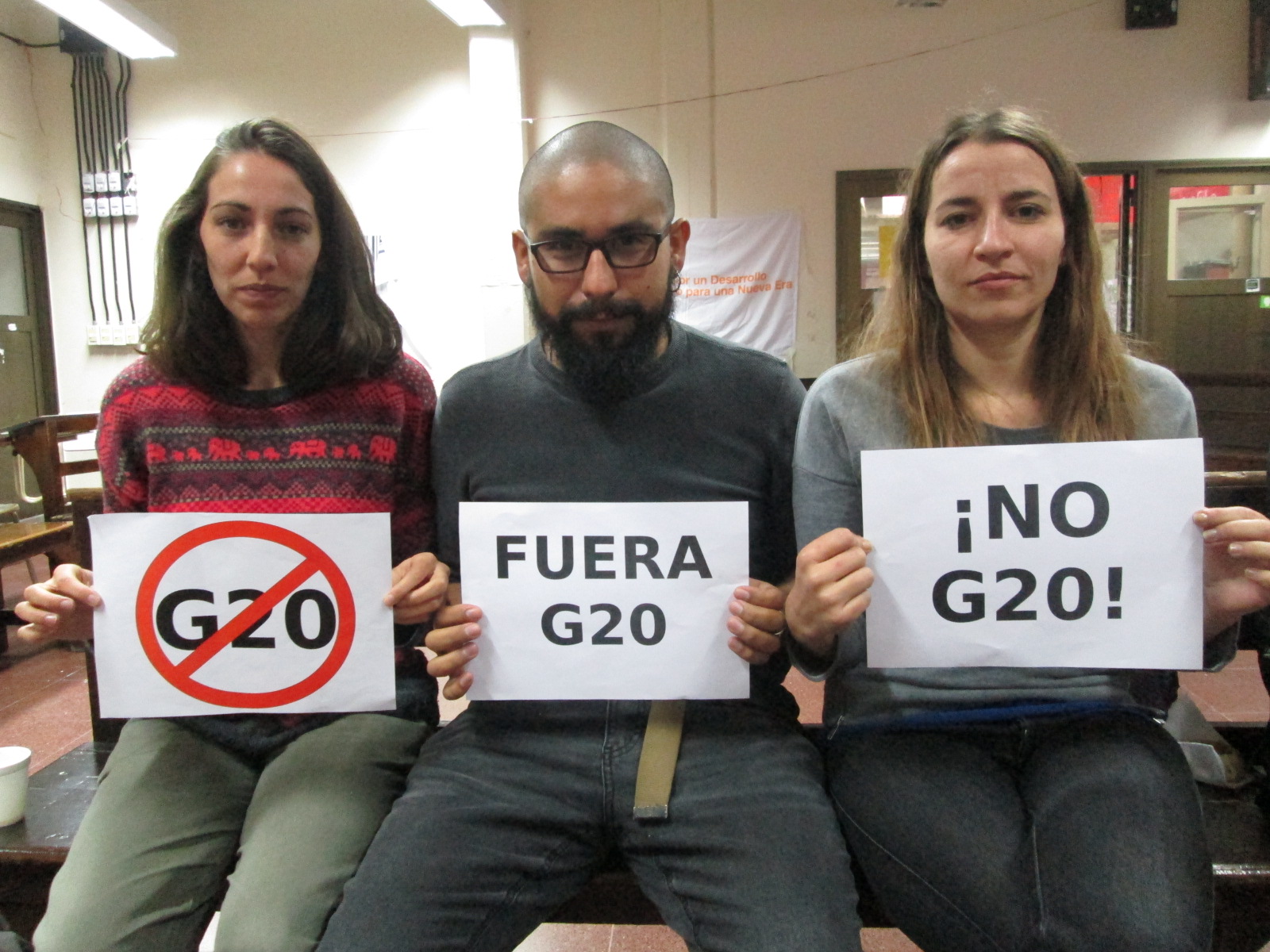 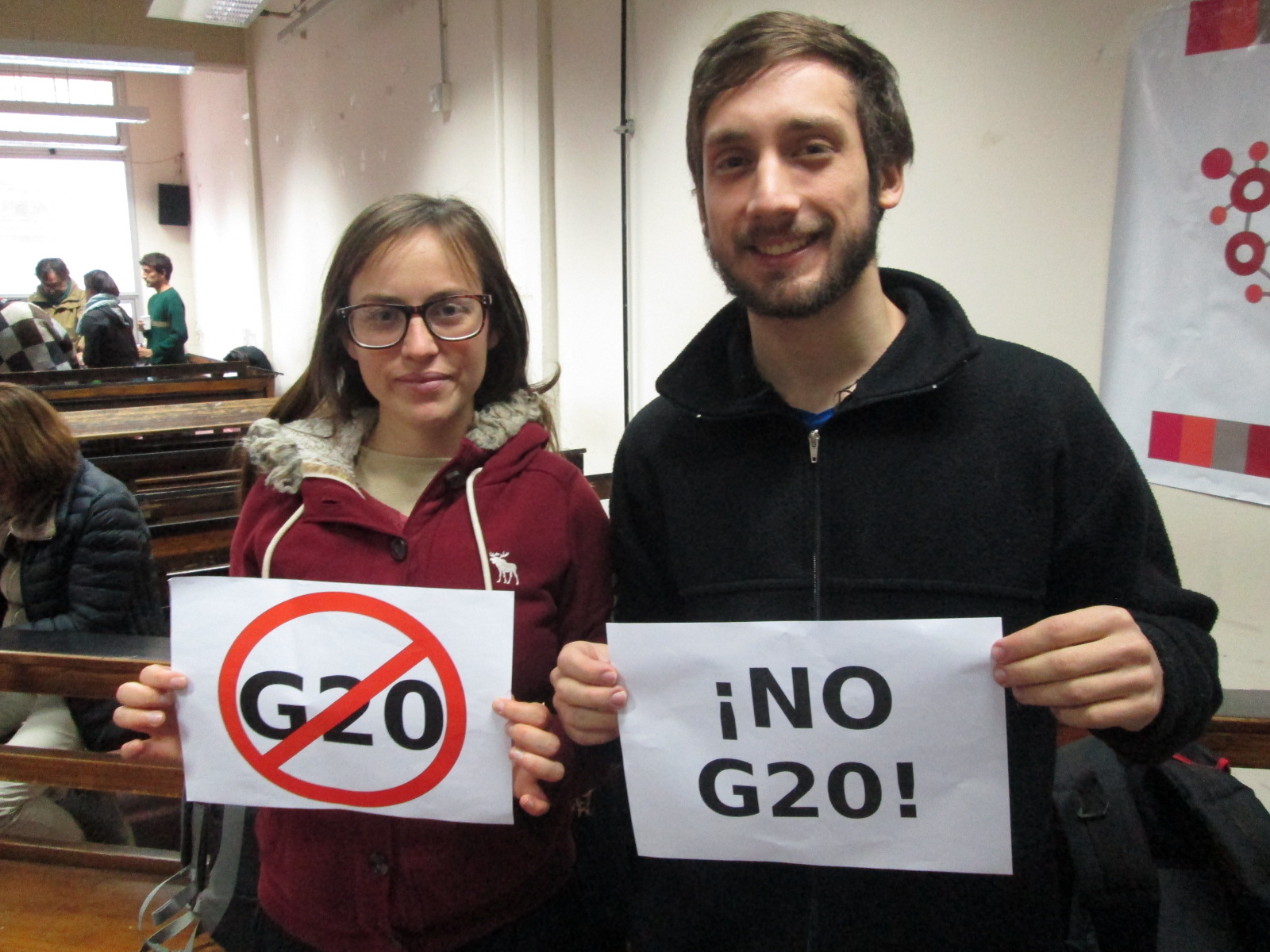